Originally posted in the American Banker on August 2, 2016 By Robert T. Taylor 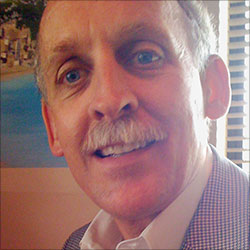 In May, the Federal Reserve Board issued a lengthy paper on the economic well-being of U.S. households. Among the findings, the report said, “Forty-six percent of adults say they either could not cover an emergency expense costing $400, or would cover it by selling something or borrowing money.”

The study looked at various income groups and the percentage unable to meet this unexpected expense. Perhaps most shocking, the survey found nearly 20% of those making more than $100,000 per year could not cover an unexpected $400 expense.

Such financial insecurity for high wage-earners suggests a lack of priorities when it comes to savings and other aspects of individual financial management. It also suggests that many wage-earners need more and better financial literacy.

A simple two-pronged formula to address financial consumer protection concerns is equipping bankers with an ethical foundation when serving customers, and also equipping bank customers with the knowledge and skills to be savvy consumers of financial products. In a perfect world, these two attributes would make the Consumer Financial Protection Bureau obsolete.

I believe community bankers adhere to very high ethical standards; bankers and bank trade associations must make this a more high profile expression of who we are and what we expect from those who work in banking. We need to have the ability to speak up when one of our own falls short. Earlier this year, I wrote in BankThink about the discovery of an Ethics Code adopted at the 1928 Louisiana Bankers Association convention, which offers a glimpse of how simple and direct ethical expectations can be expressed. We have shared the document with our LBA members.

But bankers can also use their skills to be part of the remedy for subpar financial literacy among consumers. One approach is through financial literacy education in schools for children and young adults, empowering them with skills that will serve them well throughout their life. Bankers throughout the country, state banking associations, federal regulators and national banking associations, among many others, promote, teach and exhort the benefits of fiscal fitness.

We at the state banking level have a real opportunity, even a responsibility, to engage lawmakers and education policymakers on how best to reach young people. Many believe that public education is the prime opportunity, integrating personal financial skills in classroom coursework. The Louisiana legislature, with LBA’s support, recently enacted a new law — signed Gov. John Bel Edwards — by that requires financial literacy instruction in public elementary and secondary education.

Under the law, students will have 12 years of personal financial instruction, from the first to 12 grades, with the goal of empowering them as confident, informed future consumers.

How such a curriculum can benefit students is supported by findings about similar programs in other states. A report by the Federal Reserve Bank of Dallas gives us optimism. In 2007, Texas began requiring high school students to take personal financial coursework for graduation. As a result of implementing this requirement, researchers found “notable improvements in credit outcomes for young adults who take personal finance courses in high school.” After this mandate, credit scores rose significantly and loan delinquency rates fell.

This kind of correlation is precisely what we hope to see result from this new law in Louisiana. If we start the new curriculum now, maybe a similar survey in 2026 will start showing results.