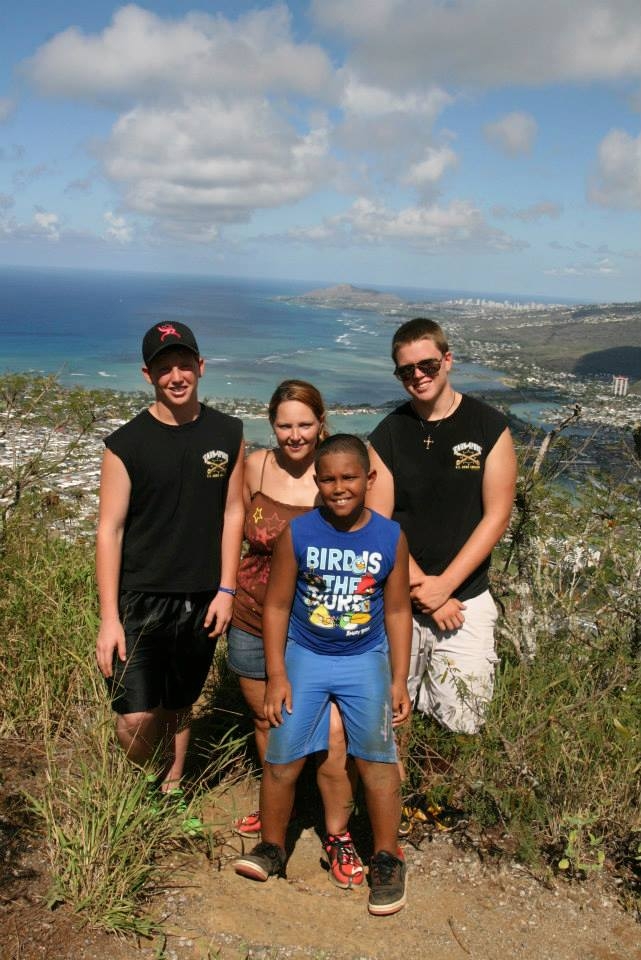 February 2003, a life changing month for my family and I; signing the on the dotted line and taking the Oath of Enlistment to become a member of the U.S. Army. As a single mother of two young boys, I didn’t fully know or understand what all that truly entailed. My recruiter informed me that I had to set up direct deposit with a bank to ensure that I received my paycheck on time. I didn’t know what bank to use, for going into the military or if it even mattered. I lived in Wichita Falls, Texas and he suggested that I use Fort Sill National Bank (FSNB) with it being close to home. Little did I know, that I would lean on this institution to help me along my journey in the Army.

I left for Basic Combat Training followed by Advanced Individual Training in May of 2003. After completion, receiving my first permanent duty station assignment of Fort Hood, Texas. I deployed shortly after getting there, after my deployment and my return home I was in need of a vehicle. I contacted (FSNB) explaining my situation of being Active Duty Soldier, and a mother but with limited budget. They suggested I look at their cars and see if there is one I would be interested in and in my range. I found a 1998 Dodge Durango on their website, contacted them via phone stating I was interested in it. They sent the paperwork to me to fill out, processed my application for the vehicle and my loan request. After a short time period of a couple of days, all I had to do was go pick it up. After picking it up and heading back to Fort Hood from Fort Sill, it suddenly died on the side of the road. Something was wrong; I called them they had it towed back. Found out the engine was bad, they had it replaced and I was back on my way.  I was a happy Soldier and mother that I had the means to get around with the support of my bank.

Turns out that isn’t the only time I have had to call upon my bank to ask for help. Being a single mom in the military is financially challenging, let alone has a challenging circumstance of a special needs child come along. I had my 3rd son February 2005; in 2006 he was diagnosed with a medical condition. I was stationed in Germany, and the German doctors felt he was too young to do anything. I was not able to put him in daycare, as he was a liable health risk. I had to take leave to fly back to the United States to have him seen by an American doctor. The doctor stated he needed to be back stateside and have surgery. A compassionate reassignment was put in for us and we quickly were on orders to move to Fort Lewis, Washington.

Unfortunately, I had trouble finding a place to live, paying for a rental car (while waiting on mine to arrive), and trying to find a daycare provider willing to take my son. I was being threatened to be chaptered out of the Army for not having a daycare provider, and was days away from being out of money to pay for the hotel. I had to contact FSNB and ask for a loan, after explaining the situation they expedited everything. I had money quickly deposited in my account that afforded me a deposit and first month’s rent on an apartment. As well as, I had found a willing provider but had to pay upfront for the month, which was 800.00. It honestly, saved my career and my family from being homeless.

One more time, I have had to call upon FSNB and ask for a personal loan. My oldest son, was living with his Dad and decided he wanted to come back to me in 2011. His Dad was fighting it though, so I needed money to hire a lawyer and pay for retaining fees. FSNB, came to our rescue swiftly processing a loan and depositing the much needed money.

My family is the drive and motivation to do what I do every day, to be a Soldier to the best of my ability. Thanks to FSNB support, I am able to continue to serve!