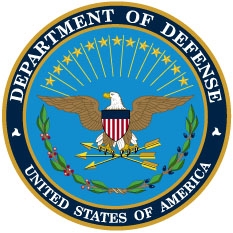 Defense Department officials today announced a proposed overhaul of the Military Lending Act, which is designed to protect service members and their dependents during consumer credit transactions.

On Sept. 29, the proposed regulation will be published in the Federal Register for public comment, officials added, and the proposal includes several questions that will help the department gather additional information on the proposed changes.

The Military Lending Act was first passed in 2006. Congress amended the act in the fiscal year 2013 National Defense Authorization Act. The amendments beefed up consumer protections and expanded the definition of borrowers covered by the act.

At the same time, Congress requested that the secretary of defense survey troops, financial counselors and legal assistance attorneys to determine the impact and prevalence of high-cost loans. In April, the department reported to Congress that the survey indicated that troops generally have sufficient access to safe, low-cost credit, few problems managing their finances, and that high-cost credit products are not widely used by service members.

The department worked with federal regulators to implement the changes made by Congress in the 2013 NDAA and to develop responsible protections for service members and their families that preserve their access to credit and protect their financial futures.

National Military Family Association: Why you Need to Care about the Military Lending Act Makeover