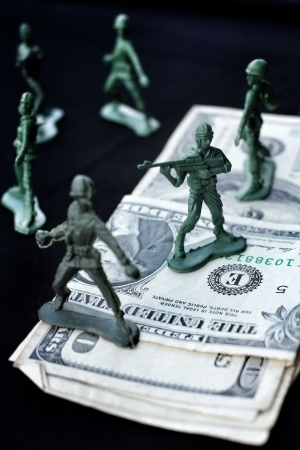 A new, proactive approach to ensuring that servicemembers and their families receive their entitled consumer protections is being spearheaded by three AMBA member banks, Bank of America, Wells Fargo and Citigroup.  In late August, President Obama announced an initiative designed to make it easier for military members to lower their mortgage payments.

The Servicemembers Civil Relief Act (SCRA) offers special protections with regard to mortgages, in addition, the SCRA entitles servicemembers to a cap of 6% APR interest on qualified debts.  In the past, the burden of identifying eligibility for the 6% interest cap protection fell on the servicemember.  As part of this initiative, the banks and lenders who have signed onto this voluntary effort will be seeking out servicemembers with the help of the Department of Defense to ensure they receive the protections.

A recent study found that servicemembers value homeownership and 75% state that owning a home is a top priority after returning from service.  Homelessness for veterans is declining but still remains a problem.  When lenders are able to keep payments low from the loan origination and invoke specific protections during activated service, the servicemember has a much better chance of making it through a tough financial time.

American Banker: How Banks Can Bank the Military on the Home Front