Traditional Banking May be Changing, However, Study Shows Traditional Branches are Not Going Away 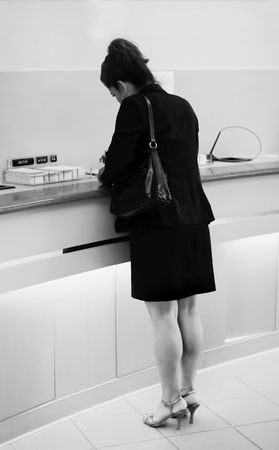 Another interesting result from the survey is that those who had incomes of less than $30,000 per year, 29 percent said that they had not visited a bank in more than a year.  Those with an incomes over $75,000 was half that.  Signifying that those with higher incomes tend to rely on in-branch banking much more often than those with low to moderate incomes.

The rest of the survey including information about job security, personal savings, debt, net worth, and the respondent’s overall financial situation.  More about the survey results can be found here: http://www.bankrate.com/finance/consumer-index/financial-security-charts-0314.aspx

Traditional ways of banking, including in-branch banking, may not be going away, but it is important for banks to stay relevant in this ever-changing technological world.  Even though 50% are still walking into a branch each month, that still leaves half that are not.  It is important to find ways to meet their needs as well.