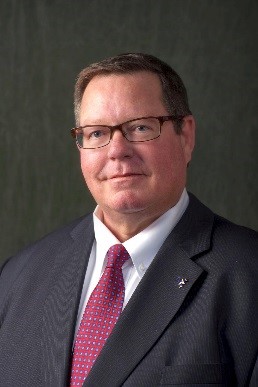 W.H. “Bill” Croak has been around FNB Community Bank most of his life. He is the third generation of Croaks to be employed by the bank that his grandfather, Henry, purchased in 1954. He was born and raised in Midwest City and graduated from Midwest City High School in 1982. Bill attended The University of Oklahoma where he was a member of Delta Upsilon Fraternity. He earned his Bachelor of Science in 1989 from The University of Central Oklahoma. He attended Oklahoma Bankers Association Banking School at Oklahoma State University, Bank Marketing Schools at The University of Houston and The University of Wisconsin. He was also a member of the Midwest City Chamber of Commerce Leadership Class of 1990. After a variety of positions at FNB starting in November of 1980, Bill is currently Bank President & CEO and Vice Chairman of the FNB Community Bank Board.

He is deeply involved in his community. Bill is a Regent at Rose State College. He was named an Honorary Commander of the 552d Air Control Wing at Tinker Air Force Base. He is a Board Member for the National Organization – Association of Military Banks of America (AMBA). He is on the Board of the Bankers Bank of Oklahoma. He is a Board Member for the Community Bankers Association of Oklahoma. Bill was selected by his peers at the Oklahoma Representative on the Independent Community Bankers Association –Federal Delegate Board. He is a Trustee for the Midwest City Hospital –Alliance Healthcare. He served as 1996 Midwest City, OK Chamber of Commerce Chairman of the Board. Other civic duties include Past Chairman of the Rose State College Foundation, Inc., Past Board Member of the Mid-Del Schools Foundation, Inc. and active memberships in the Oklahoma City, Del City, Harrah, Moore and Choctaw Chambers of Commerce. He is a member of the Bank Marketing Association, Oklahoma.